London is full of surprising nooks and crannies - I love it

Quirky and interesting places in London if you want to go sightseeing, wonderful architecture. Photos of places to see in London - some you will recognize, and others you may be encouraged to visit after you have seen what I have to show you. There is also a Poll, a Quiz About London and a poem, "Subway", written by me.

There are some very funny humorous jokes going round the internet.

This is a selection of really good jokes and humour which I have received in my e-mail. These jokes often seem to start in one country, maybe England, and end up in the USA, and sometimes even travel back again. So they are a mixture of British humor jokes and American humor jokes, depending on which side of the pond they originated.

Humour is certainly alive and kicking amongst my friends and relations.

They are all clean jokes, and there are several simple jokes - I would say they are suitable funny jokes for children, depending on their level of understanding.

Some of them are really funny jokes, and others just observational humour. There are a couple of humorous short jokes, and one or two long jokes.

There are religious jokes, well, actually, just a Jewish joke and three Christian jokes, so no Muslims will be offended. In this way, I hope to avoid flag and effigy burning, the throwing of shoes and issuing of fatwas. There is also a political joke and a joke about lawyers
See this Amp at http://amplify.com/u/a17t2s
Posted by Unknown at 00:54:00 Links to this post

A twisted tongue won't help you to say tongue twisters
(or anything else, for that matter). 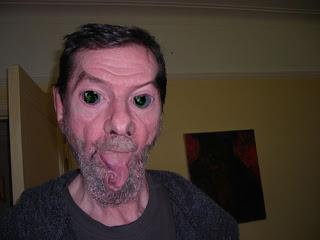 This man has a very twisted tongue
Photoshopped tongue.

A tongue twister is a set of words which are specifically designed to be difficult to say. English has some difficult sounds to get your tongue round, and tongue twisters are good training.

They are particularly helpful to public speakers, such as actors, lawyers, and people who give corporate presentations, speeches and lectures.

The tongue twister will also help you if you are a student of English as a Second Language (ESL Students), giving you practice in improving your English pronunciation.

Ten tongue twisters, ranging from the world's most difficult tongue twister, to fairly easy ones. One or two are in verse, and there is even one I made up myself. Try them, and have a laugh.
See this Amp at http://amplify.com/u/a17odz
Posted by Unknown at 15:33:00 Links to this post


A Miscellany about slugs and snails - poetry, humor, photos, gardening, a poll, and facts -

See this Amp at http://amplify.com/u/a17i6k
Here are some photographs from the web page War on Slugs: The first is Slugs and beans The second is slug in grass And the third is my cabbage eaten by slugs 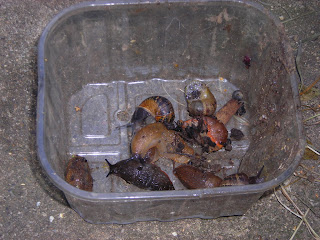 The fourth is what happened to the slugs when I caught the culprits.

And here's the link again - Poem: War on Slugs - The Arena of War