This Comment on Green Living was sent to me by someone in the UK, who received it from someone abroad, and, being curious, I Googled it, and discovered that it is on about 15,000 different websites. And no wonder, it's so apt and true. I felt it deserved a repeat here.


The Green Thing
In the line at the store, the cashier told an older woman that she should bring her own grocery bags because plastic bags weren't good for the environment.

The woman apologized to her and explained, "We didn't have the green thing back in my day."

The clerk responded, "That's our problem today.Your generation did not care enough to save our environment." 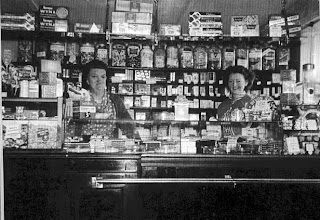 He was right -- our generation didn't have the green thing in its day.

Back then, we returned milk bottles, soda bottles and beer bottles to the store.
The store sent them back to the plant to be washed and sterilized and refilled, so it could use the same bottles over and over. So they really were recycled.
But we didn't have the green thing back in our day.

We walked up stairs, because we didn't have an escalator in every store and office building.

We walked to the grocery store and didn't climb into a 300-horsepower machine every time we had to go two blocks.

But she was right. We didn't have the green thing in our day.

Back then, we washed the baby's diapers because we didn't have the throw-away kind.

We dried clothes on a line, not in an energy gobbling machine burning up 220 volts -- wind and solar power really did dry the clothes.

Kids got hand-me-down clothes from their brothers or sisters, not always brand-new clothing.

But that old lady is right; we didn't have the green thing back in our day. 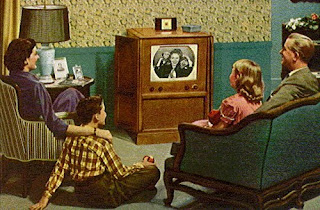 In the kitchen, we blended and stirred by hand because we didn't have electric machines to do everything for us.

When we packaged a fragile item to send in the mail, we used a wadded up old newspaper to cushion it, not Styrofoam or plastic bubble wrap.

Back then, we didn't fire up an engine and burn gasoline just to cut the lawn.
We used a push mower that ran on human power.

We exercised by working so we didn't need to go to a health club to run on treadmills that operate on electricity.

But she's right; we didn't have the green thing back then.

We drank from a fountain when we were thirsty instead of using a cup or a plastic bottle every time we had a drink of water.

We refilled writing pens with ink instead of buying a new pen, and we replaced the razor blades in a razor instead of throwing away the whole razor just because the blade got dull.

But we didn't have the green thing back then.

Back then, people took the streetcar or a bus and kids rode their bikes to school or walked instead of turning their moms into a 24-hour taxi service.

We had one electrical outlet in a room, not an entire bank of sockets to power a dozen appliances.

And we didn't need a computerized gadget to receive a signal beamed from satellites 2,000 miles out in space in order to find the nearest pizza joint.


But isn't it sad the current generation laments how wasteful we old folks were just because we didn't have the green thing back then?

If you'd like a spot more nostalgia, you might like this design from my Zazzle Store - it comes from the photograph of a rag dolly which I made many years ago. The design is featured on a range of products from T-shirts to mugs and cards: Sriracha Tiger Zoo in Thailand, tigers and pigs have learned to co-habit with each other to the point of rearing each others offspring.

The photographs are amazing.

I live in one of the troubled areas - Haringey.

Interesting to note that in our area the riots do not have a racial connotation, though this might be the case out of London, where the far right are involved.

But there is a lot of knife and gun crime, and the riots started because the police didn't explain or justify their action in shooting dead an Afro-Caribbean man. They said he shot first, but it has now transpired that all of the shots came from the police, although they say he threatened them first.Well it might be and it might not be - I would tend to suspend my judgment until the outcome of the independent inquiry. And whatever that is, there was no call to burn shops and homes in their own area and make 60 people homeless.

Our main worry here is keeping the teenage boys in our family out of trouble, but so far so good.
Posted by Unknown at 18:59:00 Links to this post

This is a wise and thoughtful article: You can hover over the title above or the link below to read the full article.

So much has been written, but this is a particularly good article from The Guardian, followed by some interesting comments - in the end, it's hard to know what to think, there are so many conflicting views. http://amplify.com/u/a1aep4

Riots in Tottenham, in the London Borough of Haringey: See the photo link:

Such a beautiful Art Deco building with a carpet shop below and flats above wiped off the face of Tottenham High Road. People made homeless, jobs lost, and for what? - What idiots destroy their own community? I don't think this is anything to do with Mark Duggan's shooting - why would you burn your own shopping centre because you're cross? What would it prove?

Am I missing something?

I've lived in Haringey for 50 years, and this makes me feel very sad, because so much effort and money has gone into regeneration of the area since the Broadwater Farm incident 25 years ago, when an unarmed policeman was hacked to death with machetes during a riot. At that time, rioting got out of hand because many of the local youth were angered by the local police policy of "Stop and Search", when the police had a legal right to stop and search anyone they suspected of committing an offence. And the black community in Tottenham felt that they were being unjustly targetted.

After that, a huge effort was made to change policing, to employ more black police, have local community liaison committees and so forth; money was poured in to the bleak concrete jungle which was Broadwater Farm Estate, and much was done to make it more of a supportive community, with a community centre, and planting of trees and other cosmetic effects to make the occupants feel less alienated from society.

For years Haringey has had one of the highest council taxes in Britain, and this was to improve the lives of those living in the poorest part of the Borough. I believed in this Socialist principle, so didn't really resent paying high local taxes (just some of the wastefulness that went with it!).

Schools were improved, the whole Borough of Haringey was "greened up", with tree and garden planting, cleaning up areas where there had been fly-tipping, better street cleaning, better street lighting, improved, cleaner local parks, better sports facilities and good library facilities. There were "inclusive" policies, and positive discrimination in employment. There is a huge ethnic mix in Haringey, with something in excess of 100 languages spoken by children in the local schools. Official Local Government information leaflets are normally distributed in about 10 different languages, to help people feel loved and wanted. Many people did feel that things had improved considerably, but the youth unemployment and crime rate, much of it drug-related, remained high.

So why arson - one of the most dangerous offences in the book? In a crowded city like London, it can wreak havoc - and that's why it is a very serious crime - think "Fire of London".

I, for one, certainly don't think pouring a lot more money into Haringey is going to solve this one, because it doesn't seem to have helped much up to now. It seems to me that the people who did this, probably thoughtless youths who don't think beyond their own noses (and certainly not about actions having consequences), should now start to think about pulling themselves up by their bootlaces, like other second-generation immigrant populations before them, instead of behaving badly and then whining about their rights and lack of opportunities.
Posted by Unknown at 12:26:00 Links to this post

Child Contact and Residence or Custody - Where will The Children Live? Will I be Able to See the Children?What happens to the children when their parents get divorced? This can be a fraught question and people sometimes get worried that their children will be taken away from them.

Learn the facts here, and what to expect. http://amplify.com/u/a1aauv
Posted by Unknown at 18:53:00 Links to this post

0 comments
Labels: Children, Family and Relationships, Law
The mechanics of obtaining a divorce nowadays are usually quite straightforward - particularly if the couple agree that the marriage is over. Even if you don't live in the UK, this information will give you a better idea of what to expect when getting divorced. http://amplify.com/u/a1aatv
Posted by Unknown at 18:32:00 Links to this post

Lemon - The Best Fruit Ever Oranges or Lemons - Which is Best?
Lemons of Course!
You would be amazed by the many things lemons can be used for, from food and drinks to domestic cleaning, odour removal, anti-bacterial and freckle removal.
Save yourself some money by learning a few of the secrets that large corporations would prefer you not to know!
Lemon - the Best Fruit Ever