A Day in the Life of Diana - Trouble Down at t'Mill

Yesterday morning I was having a bit of trouble with my Symantec Norton 360 Version 2.0. security system. It was showing a message saying Symantec Service Framework has encountered a problem and needs to close, and whatever I was doing on the computer, the message kept on flashing up and wouldn’t be silenced. I spent a considerable amount of time checking the support webpages, trying to get free advice. I found that the Forum and online advice was free but that if I wanted support by phone, it would cost me, so I decided to go it alone. I found a string of about 200 comments (honestly, I’m not exaggerating) about this exact problem on the Forum, many by the same person, who had clearly tried everything from FAQs to detailed assistance by other Forum users ,as well as technical support over the phone. I had a sinking feeling that all was not well in the state of Denmark, and that if this poor man had had such trouble, what hope was there for me, a non-techie?

So at lunch time I emailed Technical Support and received an immediate acknowledgment that they would reply fully within 48 hours..........Well, who wants to wait 48 hours when you’re in the middle of doing something?

So, being impatient, I decided to fiddle.

According to our man in the Forum thread, it didn’t sound as though it was worth spending time trying to fix the problem, because nothing seemed to work for him. I pondered over whether I should uninstall and then re-install my Norton security programme. It felt like taking an awful risk leaving my computer exposed to the elements if it didn’t go well. But then I reasoned that I could always download a free firewall like AVG or Firefox to tide me over, and I found a Norton webpage which reassured me that, if I did uninstall, I would not lose my year’s membership licence (which still had six months to run).

I ran a back-up on to a DVD and that took me several hours, because I couldn’t find the DVD’s and, after looking in various biscuit tins and boxes, I discovered lots of my old cassette tapes, and many of my partner’s too, and lots of empty plastic cases, so almost seamlessly I found myself matching tapes to boxes, and sorting them alphabetically as they had lain all jumbled together for years and I could never find anything – indeed I had acquired so many from other people that I didn’t even remember what I had. By the time I had organized them, which included reviving many memories (not all of them romantic) and my room in chaos for a couple of hours, a vision of the location of the pack of blank DVD’s suddenly flitted through my mind.

I abandoned the cassettes to insert a disc in the computer.

I was a bit disconcerted that the disc tray had not opened automatically when I ran the back-up programme, but shrugged it off as a random quirk. After another hour of fiddling about and getting the same failure warning flashing up on the screen , closing the sign, and getting it replicating several more times, and having the whole back up programme freezing on me, I took out the DVD, closed down the computer and started it up and ran the back-up again and after a suspenseful hour got a message that it was only partially completed, because I had left my Outlook programme switched on. I didn’t know how to do an incremental back-up, or indeed whether it was even possible to do this on a used DVD, so I ran the whole thing again, and this time everything ran smoothly.

Then, quaking in my virtual boots, I uninstalled Norton, my friend of three years’ standing, and reloaded it, restarted the computer and waited to see whether it had interfered with any of my work done early in the day. All was well.


for sale if they were no longer available. That sort of went all right. I have been carrying the earrings round quite a bit recently, on a big cork notice board wrapped up in red satin, to trade at North London Local Exchange Trading Scheme socials and trading nights, and apart from those I have actually traded for pledges (the NLLETS local currency), I was shocked to find out how many earrings I had actually lost – they must have dropped off in the street or at the venue, leaving me with the other half. And of course, I now had to check every earring entry on my website, gloriousconfusion.com to find out what was missing. I’m a bit new to all this as I have only just started selling them, and haven’t got an organized system yet. Indeed, as I am more of a hobbyist than a serious merchandiser, I may never get round to it. 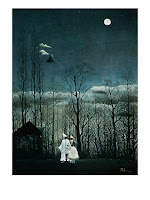 Midnight at the Oasis:

Then, just after midnight, what do you think happened? You’ll never guess, so I’ll tell you: I received an unimaginably helpful email from Norton Support. Without any ifs or buts, they offered me a free upgrade from Norton 360.02 to Norton 360.03 which came out this March, and told me how to do it. I must confess that once I had got over the pleasure of a productive response and the annoyance of having mucked about all day for nothing trying to fix it, my first thought was “why would they want to do that?”

It’s not easy being a cynic.

This train of thought led me to Google various websites to compare the two programmes including the price, benefits of the upgrade, and why there might have been a problem fixing Norton 360 Version 2 for me. And what I found will be the subject of my next article, blog, lens or what-have-you.
Posted by Unknown at 05:24:00