Poem: The Fire at Alexandra Palace 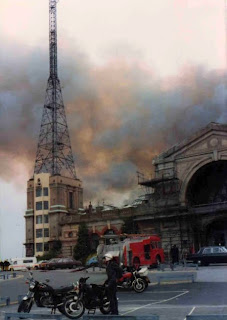 I saw the Palace burning,

I saw the Palace burning

Lighting up the sky

A smoke-grey finger swirling
Swirling, swirling
Just glimpsed between the houses
Pointing to the sky

Then crowds of people surging
Surging, surging
To see the flames go licking
Up towards the sky

Their clanging filled the sky

Swarming round the building

Dark forms against the sky

While policemen barred their progress

As they looked up to the sky


And beams and ashes falling

Made everyone step backwards

As they watched the darkening sky


And now the wind was blowing

And flames and smoke now billowed

In their race to meet the sky


And fiercely sprayed the water,

As the firemen turned their hoses

Up towards the sky


Then home we turned, exhausted,

The fire raged ever fiercer

And lit the dusky sky

All London saw it burning

And the Owners were so happy

Their insurance was sky high

Who would have thought  it was nearly 30 years ago?

My son and I were sitting on our front wall just beyond Alexandra Park Road, chatting. I looked up and noticed a small dark smoke cloud drifting up above the rooftops. 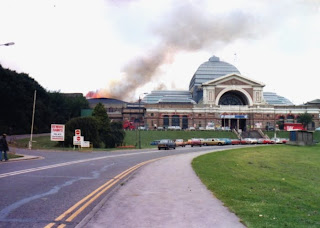 I pointed it out to Charlie, and although we couldn’t see the source, we both agreed it was probably the Palace, and we ran out to see.

I had previously seen Blandford House burn down in the Palace grounds only a few years previously. Curious, we jumped into the car, and drove part of the way up the hill where it became obvious that it was indeed the Palace on Fire. We left the car a safe distance away and went the rest of the way by foot. 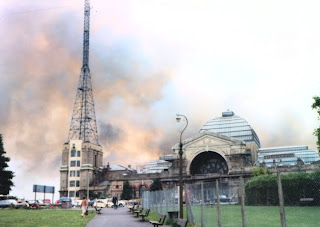 We were among the first to arrive even before

the fire engines were there. 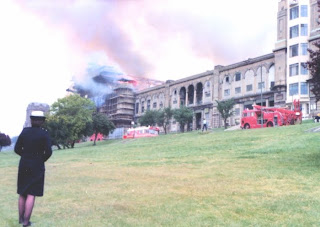 We stood on grass by the steep slope, very close to the fire, and Charlie was so excited he wanted to run right up the slope to get closer still, and I had to haul him back as I was frightened he might be hit by falling timber or hamper the firemen, who were just beginning to arrive.

We could see the big window at the front of the Great Hall lit up with great orange flames licking out of it. At first it was hard to distinguish the flames from the yellow-red brickwork, but the intense moving colours soon drew our eyes. 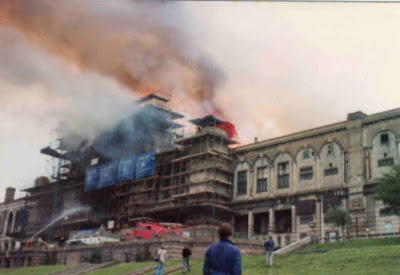 There was scaffolding round the front of the building where workmen had been renovating that area. 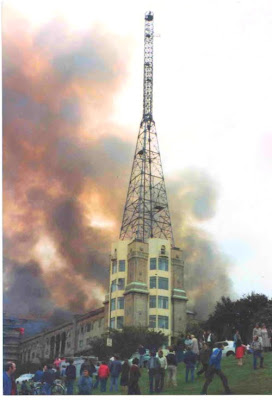 I knew the Palace and Park well, from going to the Panorama Bar, courting there in my youth, working, taking my children to the ice rink, and generally roaming around. I used to work in the BBC Television Newsroom in the part where the BBC Television Tower is.

During the afternoon the flames seemed to have died down a bit, but later that evening I happened to visit someone who lived high up in a flat in Shepherd’s Hill, Highgate, with a clear view of the Palace, which was again completely engulfed in flames, and I believe it burned all night.

Oh, and by the way, there had been local wrangles all the previous year about who was to take over the Palace, and who was to pay for substantial upgrading and renovation.  Then came the fire, apparently started from an electrical fault whilst the renovations were being carried out, and there was a £3million insurance pay-out.  Was that handy or what?  Every cloud has a silver lining and this was quite a large cloud. Curious nimbus.

Here is a LINK to the BBC Television News Video Report in 1980. 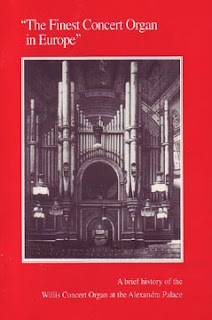 And a LINK to a very detailed article dated 1993 about the history of the great organ at Alexandra Palace.

(Acknowledgement to I Barwell for the picture on the right)

Copenhagen - Candlelit Vigil Across the World

Let your candles burn tonight
The world needs our support


Let your candles shine so bright
Our leaders need support

Add your voice to the climate fight
Our wildlife needs support


As people round the world unite
And join in their support